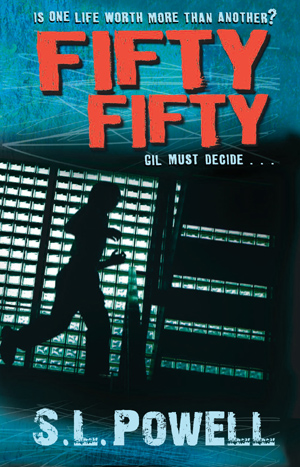 But it’s Gil’s dad who really drives him crazy. He’s a scientist and he thinks he’s right about everything.  Gil can never win an argument because his dad always has a logical answer, but Gil is sure there are secrets, too – things his mum and dad are hiding from him, and he becomes determined to find a way of getting back at his dad.

So when Gil meets Jude – cool, confident and in control – he thinks he’s finally found the friend who can help him defeat his dad once and for all.  Except that Gil isn’t prepared for the shock of discovering what his dad’s scientific research actually involves.  And until it’s almost too late, he doesn’t realise where his journey with Jude is taking him – to a place where mice are more important than Gil could ever have imagined, and towards a confrontation which will bring everything that he believes crashing about him.